SAFE’s Celebration luncheon brings together community leaders and committed SAFE supporters for an uplifting midday event. The luncheon features a keynote speaker, who is a survivor, and the presentation of the annual Guardian Award to an individual or organization that has made supporting SAFE’s programs part of their mission. The event raises more than $330,000 in support of housing, healing, and support services on SAFE’s Grove Boulevard campus. The 2018 Celebration Luncheon was held on May 3rd, 2018 at the JW Marriott Austin.

Please contact Scott Ertresvaag at sertresvaag@safeaustin.org for information about the 2019 Luncheon. 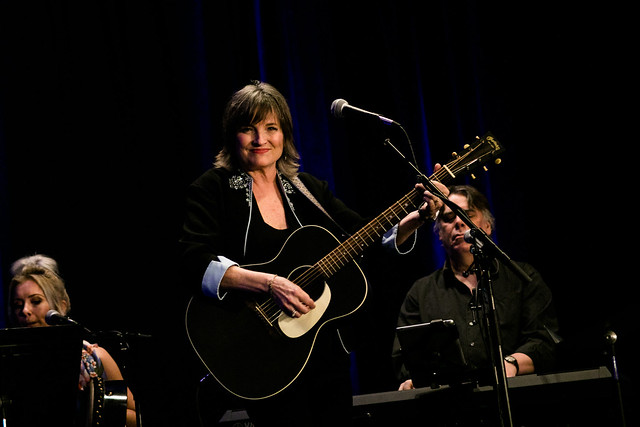 Cindy has been active with nonprofits in the Austin area for more than 35 years. Her career spans multiple nonprofit organizations as both an employee, paid consultant, board member and donor. Her particular expertise has been in board development and working with organizations to provide direction and stability when facing major change. Cindy became involved with SAFE’s predecessor organization, the Austin Rape Crisis Center (ARCC), as a staff member in 1994 and then as a board member. She first approached the ARCC Board with the recommendation of a merger consideration with the Center for Battered Women (CBW). After considerable research and deliberation, ARCC and CBW came together as SafePlace, which, following a merger with the Austin Children’s Shelter, became SAFE in 2017. Cindy continued as a member of the SafePlace Board until 2003 and has continued in the years since as an ardent supporter.

Emily has been advocating for children in Central Texas for 18 years. After five years working in public elementary schools, Emily worked for the Rise School of Austin from 2002-2017. In her time there she held various positions, starting out as the part time Speech Therapist, moving on to be the Educational Coordinator and the last six years serving as the Executive Director. In her time spent as Director, she helped raise over $7 million to fund the construction of a new campus for Rise as well as scholarship programs and operations. She continues to serve Rise School as a board member. Emily graduated from the University of Texas in 1995 and has lived in Austin since 1999.

At the 2018 Celebration Luncheon, we honored the incredible men leading the charge to stop sexual harassment!

With the goal of ending the cycle of violence, SAFE created the SAFEMen Pledge which asks men to sign on to the following:

• Recognize when I have the power in my relationships and
not abuse that power.

• Commit to a culture of nonviolence and respect through
my actions, speech and attitude.

• Speak up against violence against women and sexism, and
teach others how to do the same.

• Encourage and support survivors by believing them and
standing with them as they heal.

To ensure that the pledge leads to concrete change, we also organized a SAFEMen Forum where Austin leaders could create concrete plans on how they and their institutions will work to break the cycle of violence. If you have not yet joined the movement, you can sign the pledge here: www.safeaustin.org/pledge.

At the Celebration Luncheon we honored all the SAFEMen leaders for their commitment to making concrete change.

At the 2018 Celebration Luncheon, we were honored to have Christine Albert tell us her survivor story  with lyric and beautiful music.

3rd Coast Music noted that Christine Albert has “one of the best and purest female voices in Austin.” She is a life-long musician who has transformed her experience and passion into philanthropic work and initiatives that serve the larger community.

In 2005 Christine founded Swan Songs, an Austin area nonprofit that fulfills musical last wishes by organizing private concerts for individuals with a terminal illness. Today, Christine guides the organization as Founder and CEO. She also serves as Chair Emeritus on the Board of Trustees of The Recording Academy (the Grammy Awards).

Christine regularly takes the stage as a solo artist and as one half of the powerful folk/Americana duo Albert and Gage, in which she co-stars with her husband and musician extraordinaire Chris Gage. Chris and Christine have released six CDs since teaming up and own and operate MoonHouse Records and MoonHouse Studio in South Austin.

Among her many career highlights is the bilingual folk/cabaret fusion of her “Texafrance” series of recordings, described by the Austin American-Statesman as “a waltz across Texas with Maurice Chevalier.” Her exquisite solo CD, “Everything’s Beautiful Now,” is a collection of songs that explore the transformation and growth that can come from loss.

In 1981, Christine was raped by an intruder in her home in Santa Fe, New Mexico. Upon moving to Austin, she continued counseling and supported the Austin Rape Crisis Center and Safeplace (now SAFE) by organizing several fundraisers, serving on the board and as a public spokesperson, and raising awareness by sharing her story.